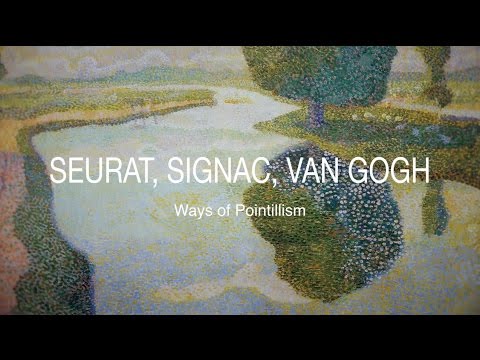 Pointilism follows on very directly from impressionism and builds on the impressionist idea of painting in such a way as to recreate the same effect on the viewer as if they had just caught a glimpse of the subject. Pointilism develops the use of Impressionism’s broken brush-marks and takes this technique a step further by building the paintings up from tiny dots or points of individual colors.

The term pointillism was first coined in the late 1880s and is epitomized by artists such as Georges Seurat and Paul Signac. In Seurat’s ‘Bathers At Asnieres’ in London’s National Gallery, you can see the points of bright color that Seurat later added to this picture, having invented the technique after he originally painted it. This contrasts with his later masterpiece ‘La Grande Jatte’ which epitomizes the Pointilist technique. It was in reference to this painting that the term Pointilism was first coined. 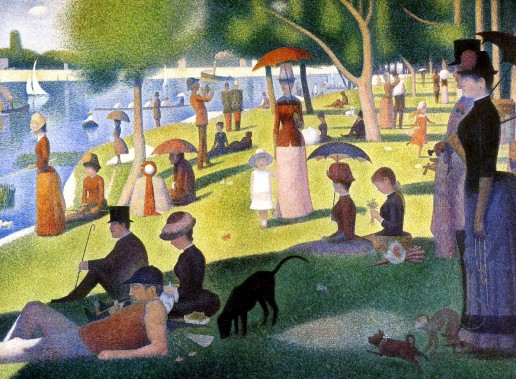 Despite being a direct development from Impressionism, the larger scale of paintings like Grande Jatte, as well as the painstaking technique and careful planning, are all in direct contrast to the smaller more spontaneous and immediate impressionist paintings.

The effect of building the paintings up in small dots of colour is to create a vibrant, shimmering effect, which works tonally and merges from a distance. The theory that pointillist artists followed was known as Divisionism, but the technique itself was what became known as Pointilism. The style takes advantage of theories of colour that were new discoveries at that time. 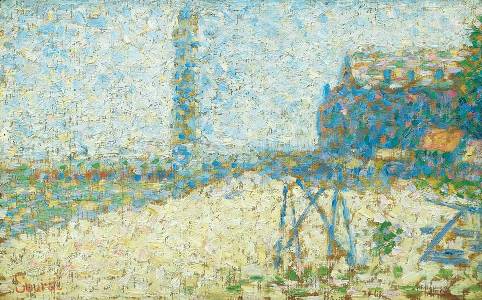 Pointilism – ‘Study For A Lighthouse’ by Georges Seurat