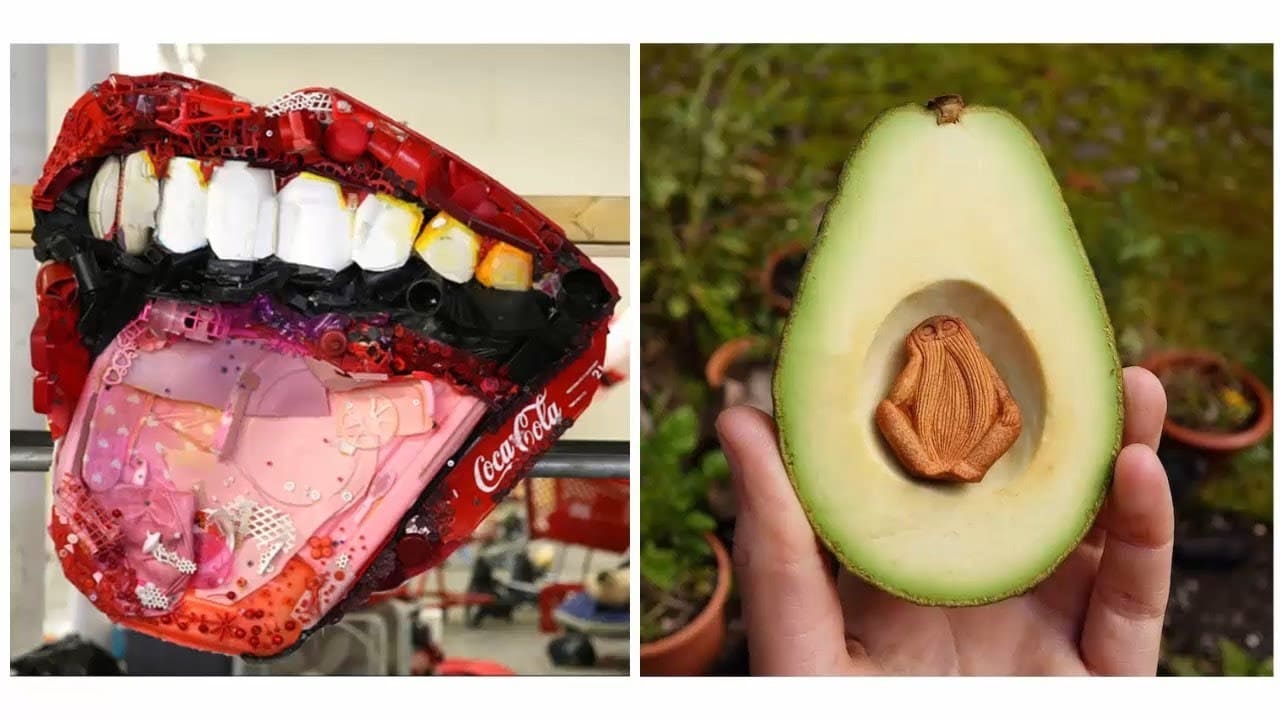 A synthetic resin paint. Acrylic paint, along with polymer paint, is frequently used by artists in place of traditional oil paint. It is quick drying and durable and can be used on a variety of surfaces.

A painting and printmaking technique using liquid clay slip as the paint or ink.  The clay slip is colored with pure pigments and applied to a leather hard clay slab using various direct painting and transfer methods. The image is transferred to a substrate (paper or non-woven fabric) with a wooden roller. Each Clay Monotype is archival and one of a kind.

A medium that binds pigments with egg yolk, gum or casein.

An ancient painting form which dates back to the 5th century B.C. The word encaustic means to “burn in.” Encaustic is a combination of beeswax and pigments applied in a molten state. It is then fused with high heat to give the painting permanency.

A type of paint consisting of pigment suspended in water. Gouache differs from watercolor in that the particles are larger, the ratio of pigment to water is much higher, and an additional inert white pigment such as chalk or zinc white is also present. This makes gouache heavier and more opaque with greater reflective qualities. Like all water media, it is diluted with water. As with watercolor, Gum Arabic is also present as a binding agent.

The use of several different materials, methods or techniques in one work of art.

A method of painting developed in the 16th century in which pigment is combined with one of a number of oil mixtures. It dries to form a continuous film when applied to a surface.

A combination of dried pigment and binder which forms a colored chalk stick.

Painting that is done outside “in the open air.” It is from the French term “en plein aire.” This form of painting has been practiced throughout history. It became extremely popular by French and American Impressionists in the late 19th and 20th centuries.

A paint that uses water as a medium. The term is generally applied to paint formed of pigments mixed with a gum binder and diluted with water to form a transparent film. Watercolor contrasts with gouache which is opaque.

An etching process that creates tonal variations and gives the appearance of a watercolor.

A reproduction that is outside the numbered copies of a limited edition. By custom, the artist retains the APs either for personal use or sale. They tend to have more value, especially if they were the first print(s) pulled by the artist.

Pronounced “jeeclay” from the French verb gicler meaning to splash. It is a relatively newer medium that blends art and technology to produce copies of a greater resolution and broader color range (using pigmented inks) than other methods such as lithography.

A method of printmaking based on the antipathy of grease toward water. The image is drawn with a greasy crayon on a grainy plate or stone. The stone is then chemically treated so that it will accept the printing ink only where the crayon has been used. The image is then transferred under pressure from the stone to damp paper.

A liquid suspension of finely ground minerals. It is applied by brushing, pouring or spraying on the surface of bisque-fired or clay-fired ceramic ware. After drying, the ware is fired to the temperature at which the glaze ingredients will melt together to form a glassy surface coating.

A hard, nonabsorbent clay body that is white and translucent. In both types of hard porcelain, the bisque is low fired. The glaze is applied and the piece is fired again at a very high temperature.

A Japanese-inspired method of firing clay that creates unpredictable smoke patterns and spectacular metallic and crackled effects in glazes. It is first fired in an electric kiln and later in a gas kiln which, with the use of natural materials such as feathers, leaves, etc., interacts with the clay to produce patterns and changes in color.

A high-fire ware that has slight or no absorbency. It is usually gray in color but may be tan or slightly reddish. The glaze is applied and the piece is fired again at a very high temperature. Stoneware is similar in many respects to porcelain. The chief difference is between the color, which is the result of iron and other impurities in the clay.

A method where earthenware is shaped by the hand of the potter from a mass of clay revolving rapidly on a disk or table carried by a vertical spindle, a potter’s wheel.