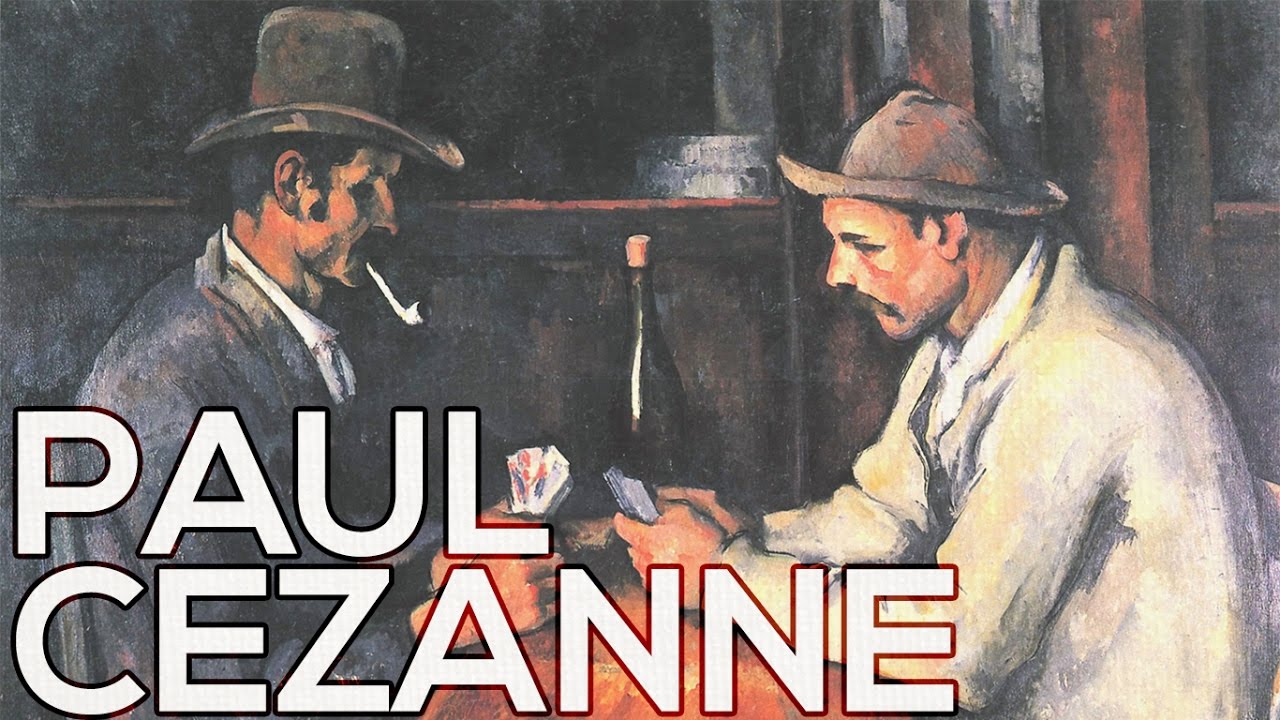 Paul Cezanne is regarded as a member of the French Impressionists, but is also known for his exploration of the relationship between form and color: what he sought was to paint the eternal truths about the forms of nature.

“Right now a moment is fleeting by! Capture its reality in paint! To do that we must put all else out of our minds. We must become that moment, make ourselves a sensitive recording plate. give the image of what we actually see, forgetting everything that has been seen before our time.”

One of the ironies of the history of art is that its course should have been changed so dramatically by a man who at first had a relatively limited natural facility for drawing and painting and a rather introspective nature.

In his personal struggle to create an art which would satisfy his own feelings about nature and his stubborn refusal to be deflected from his purpose, Cezanne broke the established format of painting techniques and opened up new avenues to be explored by those who came after him.

Very early in his career Cezanne decided that Impressionism was far too ephemeral for him. What he wanted was to paint, not the transitory effect of surface reflections, but the eternal truths about the forms of nature. This truth, he felt – and in this, his thinking was in line with the scientific ideas of his time – lay in the structure of matter itself. In order to establish this he studied the way light described solid objects through the planes of their shapes which were all forma of the cylinder, cone and sphere. These were, he decided, the three fundamental shapes of all things; the fundamental colors were the primary and secondary colors with which the Impressionists had experimented.

“May I repeat what I told you here: treat nature by means of the cylinder, the sphere, the cone, everything brought into proper perspective so that each side of an object or a plane is directed towards a central point. Lines parallel to the horizon give breadth… lines perpendicular to this horizon give depth. But nature for us men is more depth than surface, whence the need to introduce into our light vibrations, represented by the reds and yellows, a sufficient amount of blueness to give the feel of air.”

Armed with these basic principles, Cezanne began to construct his view of nature, moving from the dark colors and heavy impasto of his early work into a new kind of interpretation of the visible world which would create a new vision of art.

Paul Cezanne was born in Aix-en-Provence on 19 January 1839. His father was a businessman who owned a hat factory and would soon have a partnership in a private bank. After some success at drawing at school, where his best friend was Emile Zola, later to become as famous a writer as he was a painter, and a time at law school in Aix, Cezanne persuaded his father to let him study art.

From now on Cezanne pursued art with a single-minded purpose. He divided his time between Paris and Aix, though when the Franco-Prussian war broke out in 1870, Cezanne fled to L’Estaque on the Bay of Marseille with his model and mistress Hortense Fiquet. He avoided going to Aix because he was afraid of his father’s displeasure at this liason.

Hortense gave birth to Cezanne’s son, Paul, in 1872, but was not married to him until 1886, Cezanne’s austere father having at last acknowledged their relationship. In the quiet of L’Estaque Cezanne began consolidating the ideas about painting that he had picked up in Paris, though it would be some time before any but his friends took his work seriously; to most critics, and to the public, he was an inept madman.

“For an impressionist to paint from nature is not to paint the subject, but to realize sensations”

In 1889, at the age of 50, he finally had a painting accepted by the Salon in Paris and began to exhibit a little more regularly. His first one-man show did not take place until 1895, at the Vollard Gallery; even now he was not accepted by most critics or the public. Opinions were changing, however, and many of the Impressionists, such as Monet and Renoir, were making a good living out of painting.

Cezanne’s success was not to come until after his death.

In 1906, the year he died, ten of his works were exhibited in the Salon d’Automne and in the following year, 56. Thereafter, Cezanne’s fame continued to increase and on the centenary of his birth, there were major exhibitions of his work in Paris, London, Lyon and New York.

Today, on the rare occasion a painting by Paul Cezanne is sold at auction, it is likely to fetch an enormous sum, beyond the wildest imaginings of Cezanne and his contemporaries.