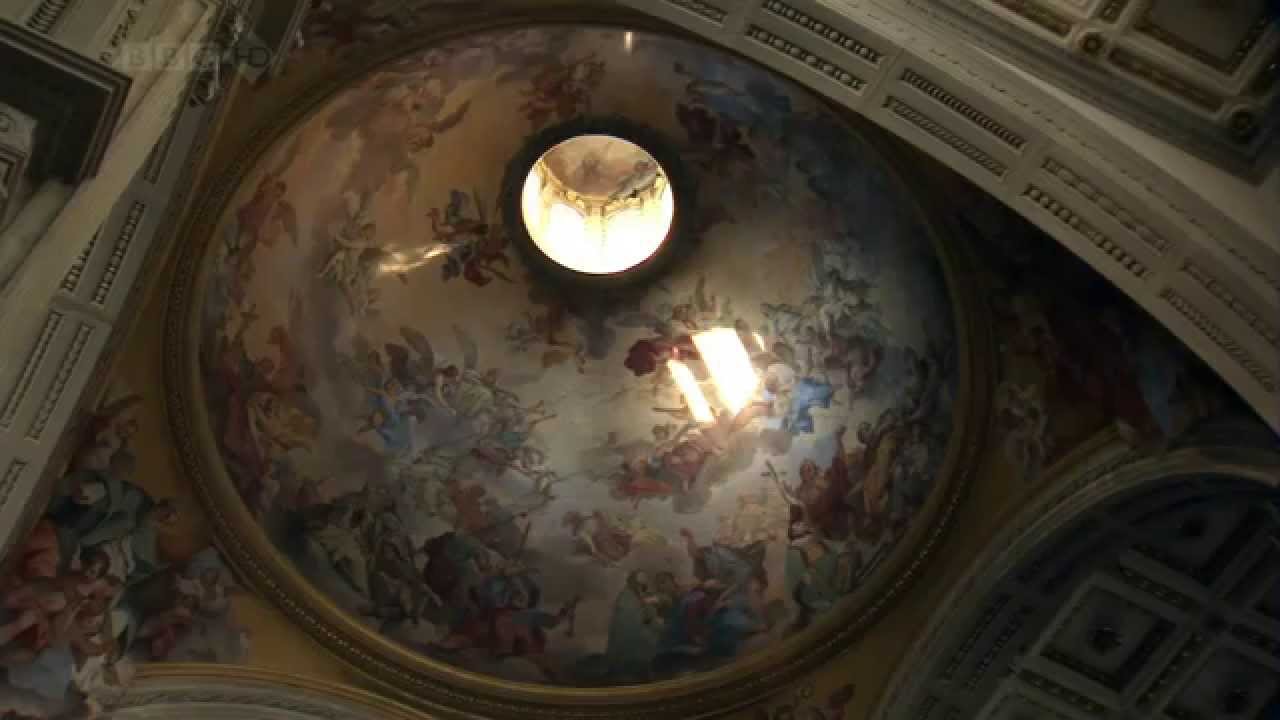 The Medici family had a suite of fourteen villas near Florence, of which the most important were situated in Careggi, Castello, Fiesole, and Poggio a Caiano; in the sixteenth century, the family also acquired a villa in Rome.

The Villa Careggi, in what is now a northern suburb of Florence, is the creation of Cosimo de’Medici the Elder, who in 1457 commissioned Michelozzo di Bartolomeo to convert an old manor house that Cosimo’s brother Giovanni de’Bicci had bought in 1417. In rebuilding the fortified manor house as a contemporary villa, Michelozzo chose to leave much of the original exterior intact but added a graceful double loggia which overlooked a garden. The garden was intended to revive the ancient Roman villa garden, and so was planted with bay, box, cypress, myrtle, pomegranates, quince, lavender, and scented herbs and flowers; the only post-classical plants were carnations from the Levant and orange and lemon trees from North Africa. One of the fountains added to the garden by Lorenzo de’Medici contained Verrocchio’s bronze Boy with a Dolphin (c.1480), which is now in the court of the Palazzo Vecchio in Florence.

The Villa Careggi was the home of the loosely constituted Platonic Academy (see academies) over which Marsilio Ficino presided. The foundation of the Academy in the early 1460s was prompted by the admiration for Plato which Cosimo shared with Ficino. Meetings of the Academy, which were a conscious imitation of the meeting in Plato’s Symposium, were patronized by Cosimo and his successors Piero de’Medici) and Lorenzo de’Medici, and were attended by philosophers, scholars, and artists such as Poliziano, Landino, Pico Della Mirandola, Brunelleschi, Donatello, and later Michelangelo. Careggi thus became the cradle of humanism.

After Lorenzo’s death and the expulsion of the Medici, the villa was vandalized and looted. It was later restored by Bronzino and Pontormo for Alessandro de’Medici and Cosimo I de’Medici. The garden in which the Academy met has since disappeared, and the villa is now part of a hospital complex.

The Medici villa in Fiesole, on a hill overlooking Florence from the north, was constructed by Michelozzo between 1458 and 1461; it was commissioned by Cosimo the Elder for Giovanni, his second son. Massive foundations were dug to secure the house on the steep slope of the hill, and the cellars were used to accommodate stables as well as wine and oil presses and storage rooms. The rooms above included reception rooms, a music room, and a library which were used for entertainment, initially by Giovanni, but more expansively by his nephew Lorenzo de’Medici, who entertained his circle of humanist friends, including Poliziano, who wrote Il rusticus while staying at the villa. The interior decoration of the villa did not survive the ministrations of Lady Walpole, the dowager countess of Oxford, who redecorated it in 1772. 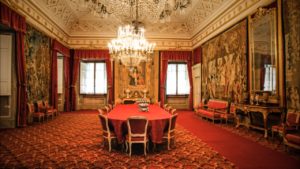 The villa opens out directly onto the upper terrace, which overlooks Florence in the valley below; the original planting on this terrace has been replaced with grass, but the giardino segreto still survives, with its box parterres, subdued fountain, and stone balusters through which can be seen a vista of Florence and the Arno valley. There was originally no access from the upper terrace to the lower terraces, which were reached from the cellars of the house; connecting stairs and ramps were to become a feature of this and other Italian gardens in the sixteenth century. The second terrace is dominated by a pergola flanked on its retaining wall by a raised border; the border and the pergola were part of the original garden, though the original supporting columns of the pergola do not survive. On the lowest terrace, an elegant Renaissance garden with a fountain and rectangular parterres surrounded and intersected by box has been reconstructed, but the extent to which this garden replicates the layout of the original is not clear.

Medici villa in Poggio a Caiano

The Medici Villa in Poggio a Caiano, to the west of Florence, was commissioned in 1480 by Lorenzo de’Medici, who instructed Giuliano da Sangallo to convert the old Villa Ambra (which had previously belonged to the Strozzi and Rucellai families) into a contemporary villa. By 1485 the house had been surrounded by a balustraded loggia which acts as a balcony for the rooms on the first floor (piano nobile). Lorenzo’s son Giovanni (later Pope Leo X) continued to commission additions to the house, notably a six-columned (hexastyle) portico on the first floor, with a frieze and pediment; the structure is modeled on the pedimented temple fronts of classical antiquity, and its use in this building inaugurated the Renaissance revival of the form, which later became the distinguishing feature of Palladio’s buildings. Villas were traditionally built around a court, but at the centre of the Poggio a Caiano villa, there is a large two-story salon with a gilded stucco ceiling (containing the arms of Leo X) and frescoes by Andrea del Sarto and Pontormo which use classical subjects to record and glorify the history of the Medici family. 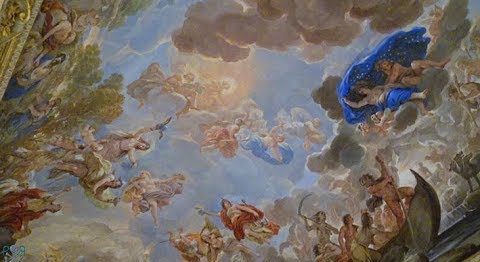 Charles V was entertained at Poggio a Caiano in 1536, which subsequently became the home of Bianca Capello and her lover (later husband) Francesco, son of Cosimo I de’Medici; they were visited in 1581 by Montaigne. The gardens were uprooted in the nineteenth century to make way for an English garden with a mock-Gothic ruin, and much of the interior was ruthlessly modernized at the same time; Bianca Capello’s beautiful bedroom, however, survives in its original form. The house is now a museum.

The Medici villa at Castello, to the north of Florence, had been in the family for a century when Cosimo I de’Medici commissioned the gardens. The garden was begun c.1540 by Niccolò Tribolo, and completed after his death by Bartolomeo Ammanati and Bernardo Buontalenti. Its design is in some respects anachronistic, in that the garden is shaped as a square enclosed by a wall and planted as a series of rectangular beds with a statue at the center; this was the layout characteristic of Italian gardens a century earlier. There are, however, distinctive sixteenth-century features: there is a central axis rising to a magnificent grotto (1546–69), and there are many statues (and there were many more, both free-standing and in relief) and fountains.

The grotto, which is built into the enclosing wall, is decorated with shell mosaics and fountains in the form of animal statues from whose beaks, ears, noses, and wings water pour. In the Fountain of Hercules and Antaeus, water spews from the mouth of Antaeus as Hercules strangles him; this was the first time that water had been incorporated into the narrative of a sculpture rather than merely issuing from a convenient orifice. A second fountain, Giambologna’s Fountain of Venus squeezing the water from her hair, was removed in the eighteenth century to the nearby Villa Medici in Petraia, and the Fountain of Hercules, which originally stood near the house, was put in its place. The Fountain of Venus had been surrounded by a Bosco in the form of a maze of the bay, cypress, and myrtle, which meant that the statue emerged from a crown of evergreen; the Fountain of Hercules now in its place stands nakedly above flat geometrical parterres.

The garden still contains some elements of its original layout, but a lunette by Utens and the account given by Montaigne of his visit in 1580 record additional features that have since disappeared. The Utens lunette shows the house standing on a terrace used for riding and jousting, and Montaigne describes a cabinet de verdure (see bosco) with a spring rising from a marble table and also describes giochi d’acqua that could be triggered by remote control at a distance of 200 paces.

In Utens’s picture, and in Vasari’s description of the garden, there was a wall decorated with fountains at the back of the main garden, beyond which was a lemon garden. There were giardini segreti on either side of the main garden: the one on the left, according to Montaigne, contained a treehouse approached by a stair decorated with ivy that concealed giochi d’acqua that played tunes and squirted visitors; the one on the right, according to Vasari, contained a herb garden. Vasari said that the gardens, had they been completed, would have been the finest in Europe, and singled out the central fountain for particular praise: ‘la più bella fonte e la più ricca, proporzionata e vaga, che sia stata fatta mai’ (‘the most beautiful fountain, the richest, the best proportioned, the most charming that has ever been made’).

The Villa Medici in Rome was built c.1544 on the site of an ancient villa of Lucullus; it was designed by Annibale Ricci for Cardinal Ricci. The villa was subsequently acquired by the Medici family and has since the early nineteenth century been the home of the Académie de France, which had been founded in Rome in 1666. The most remarkable feature of the villa is its garden, which has preserved its sixteenth-century layout and includes statues (both classical fragments and contemporary stucchi), a mount crowned with cypresses and two ilex boschi (see bosco). In the seventeenth century, Galileo Galilei lived in the villa and John Evelyn visited the gardens, which were painted by Velázquez and Poussin.