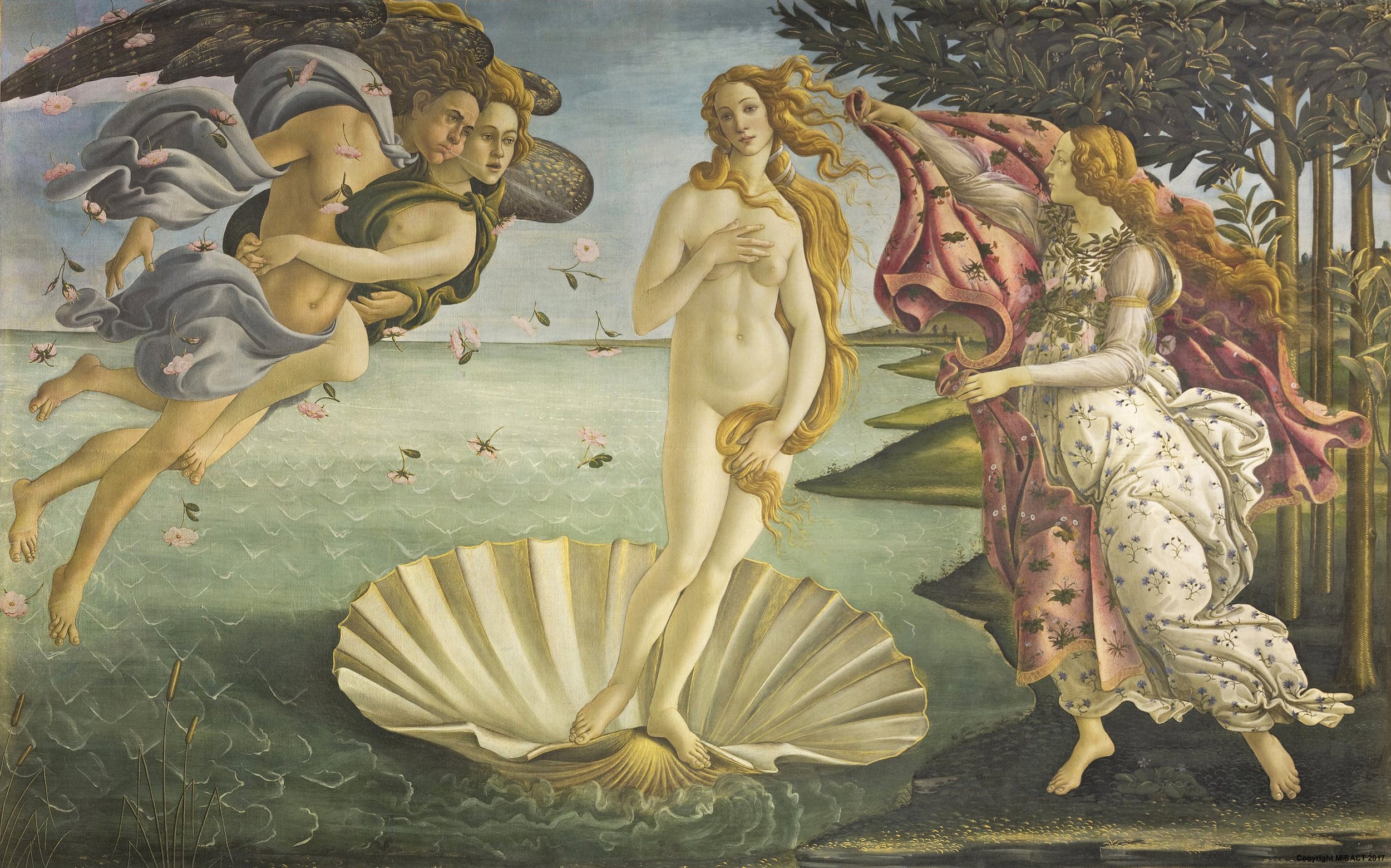 Tempera was the most used technique from the 12th or early 13th century until the 15th, when it began to give way to oils.  It  is type of painting medium used to bind pigments. Etymology for tempera is from latin word temperare “to mix colors, temper, or regulate”.   Tempera, also known as egg tempera, is a permanent fast drying painting medium consisting of colored  pigment mixed with a water-soluble binder medium (usually a glutinous material such as egg yolk or some other size).

Egg tempera was a primary method of painting until after 1500 when it was superseded by the invention of oil painting. Early use, to c. 1400. Egg has probably been used as a binder for pigments since antiquity: it is mentioned by Pliny the elder,  its use has been identified on some Roman Faiyum portraits and it was, and remains, the principal paint medium for the icons of the Greek and Russian Orthodox churches. In Western painting the technique is particularly associated with Italian panel paintings from the 13th to the 15th centuries, although the medium was widely used throughout Europe. The techniques of Italian tempera painting are unusually well documented in a late 14th-century treatise, Il libro dell’arte, by the  painter Cennino Cennini.  His treatise remains the single most important source of information on the techniques of tempera painting, describing them in such precise and practical detail that his manual is still consulted by painters and gilders.

Cennino, and later Giorgio Vasari (1511–74), stated that only the yolk of the egg was used for panel painting, the whole egg being employed more often for painting a secco on walls. Cennino described a method of preparing pre-mixed shades of colour for drapery painting, which appears to have been in widespread use among painters in tempera: the chosen pigment is used at its purest and most saturated for the shadows, while for the highlights a high proportion of lead white is used. To make a mid-tone the two are combined, and further intermediate tones are obtained by combining the mid-tone again with one of the two original preparations. These pre-mixed tones are then applied in sequence, beginning with the deepest shadows of the folds and working through to the highlights, repeating the process until sufficient coverage of the ground has been achieved and the transitions between the tones have been blended and softened to the desired extent by the intermeshing of the hatched brushstokes.

The most complex optical effects to be seen in early Italian tempera painting occur in areas of flesh painting. Until the end of the 15th century it was common practice to underpaint any area of flesh with a thin and unmodulated layer of green earth mixed with lead white or, alternatively, with a combination of black, white and yellow pigments, which produces a greenish brown color, called verdaccio by Cennino.Many of the techniques and principles of tempera painting described by Cennino continued to be used in Italy in the 15th century, but towards the middle of the century techniques began to change radically with the introduction of novel oil painting methods from northern Europe. In these transitional years the egg medium was often used in combination with separate layers of oil-based paints, either for lighter colored areas or more particularly as a quick-drying underpaint for subsequent oil-based glazes. Technical examination suggests that it was also sometimes used for this purpose in the Netherlands.

Furthermore, scientific analysis has shown that some Italian painters, among them Pesellino (c. 1422–57), Sandro Botticelli (1444/5–1510; (see color pl. XIV, fig. 3) and Carlo Crivelli (?1430/35–95), occasionally added small amounts of drying oil to their egg tempera, creating an enriched tempera, appropriately described in Italian as tempera grassa (fatty tempera). With tempera grassa it is possible to produce slightly more blended effects and a deeper tonality closer to that of oil-based media. These emulsions, however, still start their drying process with the evaporation of water, so their handling properties remain closer to those of pure tempera than of oil.By the 16th century egg tempera was being rapidly displaced by oil, but Vasari gave brief instructions for its use, and it was selected by some painters for specific works where a light, bright tonality was needed: for example, analysis has shown that whereas the main panel of the Madonna and Child with SS John the Baptist and Nicholas of Bari, the Ansidei Madonna (1505; London, National Gallery) by Raphael (1483–1520) appears to be a deep-toned and richly glazed oil painting, the St John the Baptist Preaching from its predella is mainly in egg tempera.

According to Vasari, Domenico Beccafumi (1484–1551) was also in the habit of using egg tempera to enhance the legibility of small-scale narrative predella panels while using oil for the main panel where the larger, broader forms would remain visible in a dark church.In subsequent centuries egg tempera seems to have almost completely died out as a medium, except, perhaps, in some forms of decorative painting. It was revived, however, in the 19th century when, stimulated by the rediscovery and publication of Cennino’s treatise, painters, restorers, copyists and forgers began to experiment with its use. In late 19th-century Britain tempera techniques had a particular appeal to followers of William Morris (1834–96) and John Ruskin (1819–1900), among them the Birmingham painter Joseph Southall (1861–1944) who adopted Cennino’s methods with considerable success.