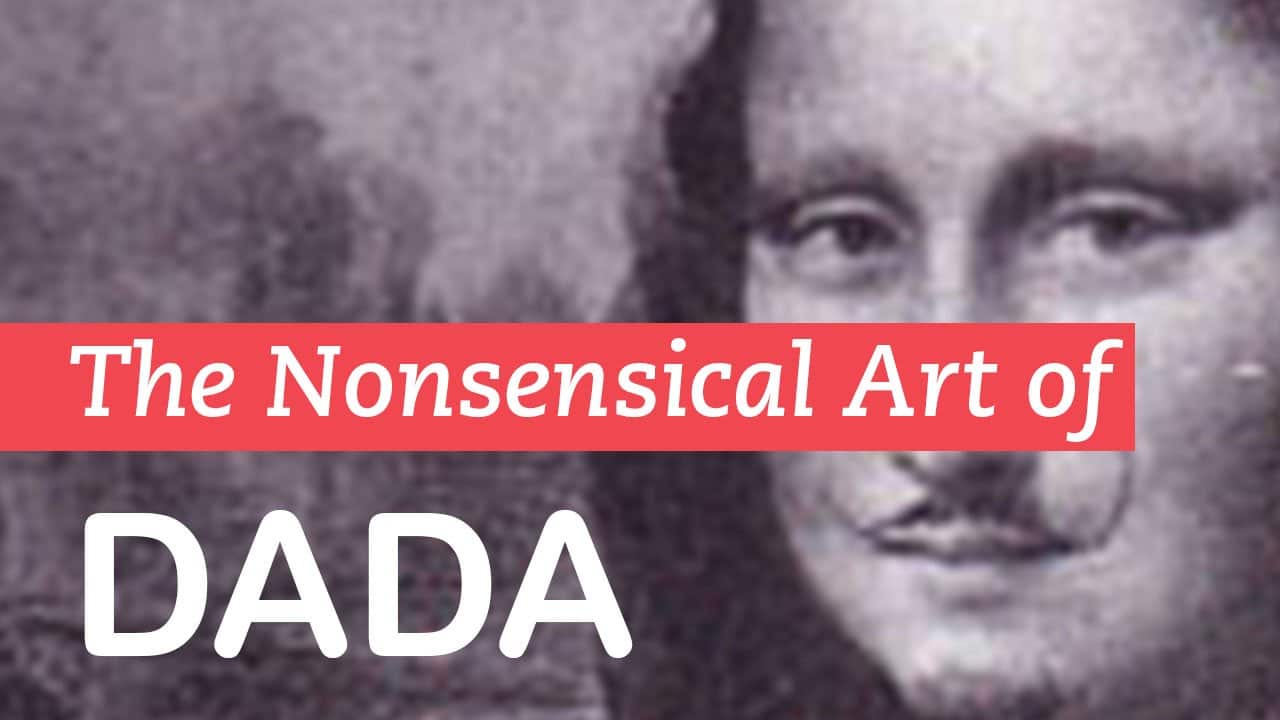 The Dadaism art movement is very much tied into the outbreak of the First World War. Like every other modern art movement, the Dadaists were reacting against some element of the establishment. In this case, it was in part at least a reaction against the nationalist and colonial attitudes that they believed were the causes of the Great War.

They were outraged by the scale of the carnage of the war and a key element of their work was about shocking people out of their complacent attitudes. Many of the Dada artists, performers, musicians and poets were veterans of the First World War and were very disillusioned after witnessing at first hand what man was capable of.

The Dada movement was a reaction against the kind of traditional logic and reason, because this was the logic that had resulted in the war. The work of the Dadaists was therefore the opposite of established reason and logic, being more concerned with chaos and irrationality. It was even described as ‘anti-art’ because it completely rejected everything that art had traditionally stood for.

Dadaism art rejected aesthetics completely and rather than it having the intention to be visually pleasing, Dadaism art was actively aiming to offend people.

There is some uncertainty over how the name Dada and Dadaism came into being. One theory is that it comes from certain Romanian artists tendancy to use the words da, da, meaning yes, yes. Another opinion is that a group of artists in Zurich, including the French poet Tristan Tzara, wanted a name for this new type of art and chose it by randomly stabbing a French/German dictionary. It is said that the knife landed on the word dada, which means a child’s hobby-horse in French.

Dadaism art developed in both Europe and the US, and the American form was generally more humorous in tone than the European equivalent, not least through the influence of Marcel Duchamp. One of Duchamp’s most famous creations is the Mona Lisa with a moustache and beard, titled ‘L.H.O.O.Q’ (see above). The title is a typical Duchamp witticism. Pronouncing those letters in French makes the sentence Elle a chaud au cul, for which the literal translation is ‘she is hot in the ass’.

Possibly the most famous of Duchamp’s artworks is one of his ‘readymades’ called ‘Fountain’. It is a urinal simply taken as it is and placed in a gallery. He submitted it to the Society of Independent Artist exhibition in 1917. Even though the exhibition policy was that all works submitted would be displayed, the decision was taken by the exhibition committee to hide it because it was deemed not to be art. Duchamp had submitted the work under the name of R Mutt, so most of the committee did not know that he was the artist. He subsequently resigned from the board of the Independent Artists in protest at the decision.

The idea of readymades such as Fountain were that it did not matter whether or not an article was made by an artist, it was the intellectual decision taken by the artist to place it in a gallery and call it art that made it art. It meant that anything could be art. This represented a movement away from the idea of physical creation and craftsmanship to one of intellectual interpretation.

Some of the leading artists of the Dadaism art movement were Marcel Duchamp, George Grosz, Otto Dix, Hans Richter and Jean Arp.