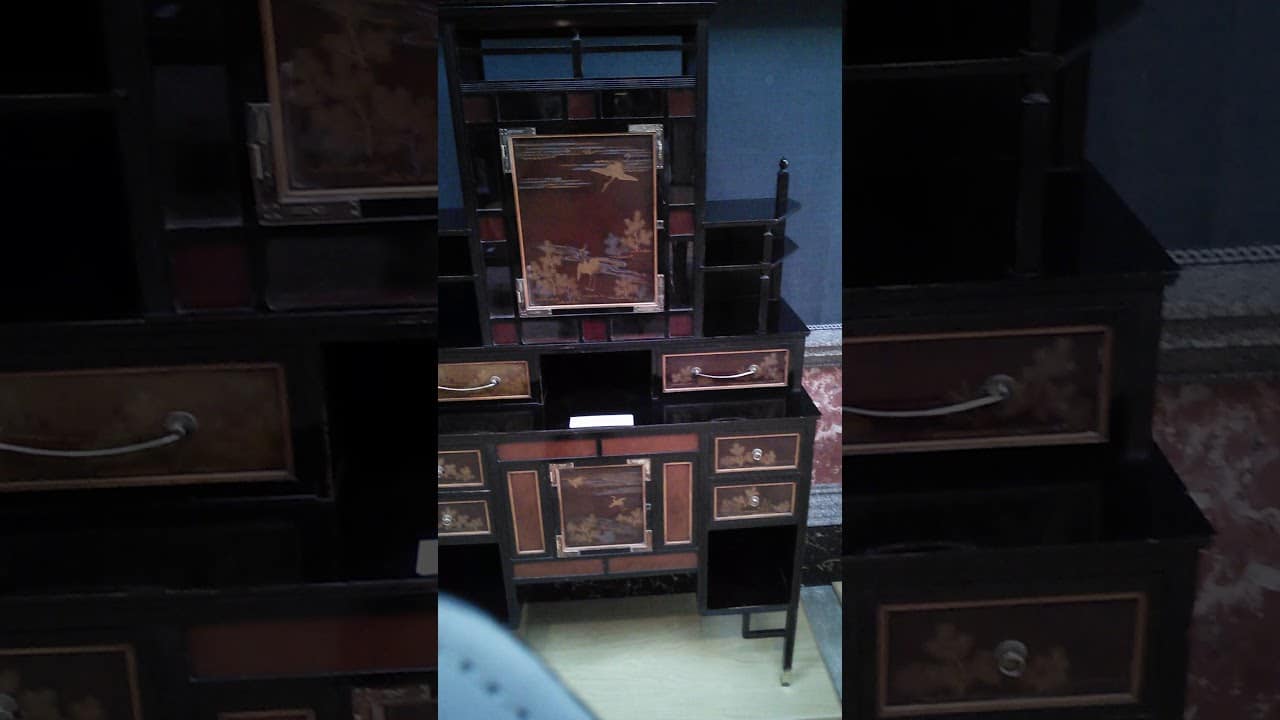 Movement of the 1870s and 1880s that manifested itself in the fine and decorative arts and architecture in Britain and subsequently in the USA; it had no discernible influence on continental Europe. Reacting to what was seen as evidence of philistinism in art and design, it was characterized by the cult of the beautiful and an emphasis on the sheer pleasure to be derived from it.

The Aesthetic Movement was championed by the writers and critics Walter Pater (1839–94), Algernon Charles Swinburne (1837–1909) and Oscar Wilde (1854–1900). In the decorative arts, the most important product of the Movement was the ‘Anglo-Japanese’ furniture of E. W. Godwin, constructed in simple and elegant designs—solid balanced by void—occasionally with painted decoration. His preferred material was ebonized mahogany, which he used for the buffet that he designed originally for himself in 1867 (e.g. London, V&A), inset with panels of embossed Japanese leather paper. In the house in London that he decorated for himself there were Japanese fans on the ceiling and skirting, and Japanese vases. Such items were imported and sold at Liberty & Co. in London and could be found in fashionable ‘Aesthetic’ interiors of the 1870s and 1880s.

In 1876 F. R. Leyland (1831–92) commissioned Thomas Jeckyll to design the dining-room (now in Washington, DC, Freer) of 49 Princes Gate, London, which was to be the setting for his collection of porcelain and Whistler’s painting La Princesse du pays de la porcelaine (1863–4). The walls behind Jeckyll’s elaborate shelving were covered with Spanish leather, which Whistler overpainted in 1877 in gold on a blue ground with motifs based on the eye and tail-feathers of the peacock; opposite his picture, which hung over the fireplace, he painted two peacocks in full plumage. In the fireplace stands a pair of wrought-iron fire-dogs designed by Jeckyllb in the form of sunflowers. With the peacock, the sunflower was a characteristic motif of the Aesthetic Movement, appearing in tiles painted by William De Morgan, embroidery designed by C. R. Ashbee, chintz and wallpaper designed by Bruce J. Talbert and in the painted face of a clock (1880; London, V&A) that was probably designed by Lewis Foreman Day.

The artists and craftsmen of the Aesthetic Movement sought to elevate the form of furniture, ceramics, metalwork and textiles to the status of fine art. William Morris, although at odds with much of the philosophy of the Aesthetic Movement, helped to extend its influence to the USA. By 1870 Morris’s wallpapers were on sale in Boston, and two years later Hints on Household Taste (1868) by Charles Locke Eastlake was produced in an American edition. This was important to the dissemination of the notion that art should be applied to all types of decoration. In 1876 the Centennial Exposition in Philadelphia did much to familiarize Americans with reformed taste in England, and in 1882–3 Wilde made a lecture tour of the USA. Though satirized for his effeteness and posturing, he increased awareness of the Aesthetic Movement.

In the USA Herter Brothers produced its own version of Godwin’s ‘Anglo-Japanese’ style (e.g. wardrobe, 1880–85; New York, Met.), and Ott & Brewer of Trenton, NJ, made ceramics in the Japanese taste. Louis Comfort Tiffany designed jewellery and silver (e.g. vase, 1873–5; New York, Met.), as well as glass and interiors, and must be regarded as one of the principal American exponents of the Aesthetic Movement, as he was to be of Art Nouveau. John La Farge contributed decorations to the Japanese Parlor (1883–4) of the house (destr.) of William Henry Vanderbilt (1821–85) in New York, which was the epitome of fashionable taste.